WELCOME TO THE DECADENT WORLD OF THE DEVIL DEVERE

I think every writer dreams of creating characters who are larger than life, those so strong and intriguing that they can carry an entire series, but Ludovic “the Devil DeVere” who began as a rakish sidekick, became all that and more. I never knew when I dreamed up my “HANGOVER” inspired novella that one story would become two, and then three, and then four, all because of one character. And while DeVere is not the hero of the first book in his namesake series (A Wild Night’s Bride), or even of the second book (The Virgin Huntress), he is an absolutely integral part of both.Hence, the birth of The Devil Devere  Series, scorching hot intertwined Georgian era romance novellas that all connect through the devious Ludovic, Viscount DeVere.

DeVere’s story is as highly complex as is his character and took three books to tell. (The Devil You Know, The Devil’s Match and A Devil’s Touch) but the series is far from finished! The site is dedicated to giving you a closer look into the books, the inspiration, and the wonderful characters who comprise the world of DeVere.

THE SERIES IN READING ORDER

The Devil You Know   The Devil’s Match

Prequel Novellas  (these are comedy not romance)”

Devil in the Making, The Trouble with Sin

Anthologies: A Devil Named DeVere (a full length compilation of the three Diana and DeVere stories) 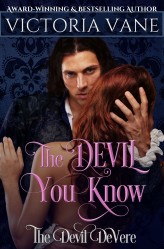 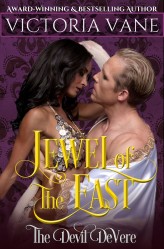 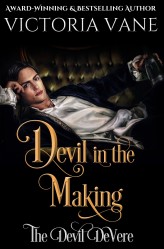 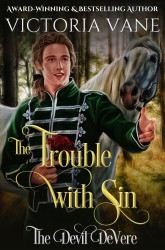 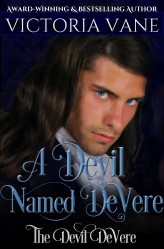